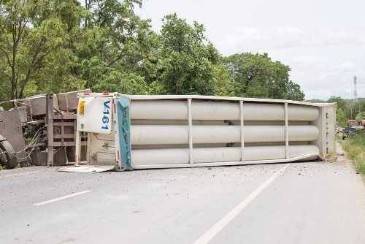 Last summer, a gasoline trailer filled with 8,700 gallons of gas and diesel fuel flipped and crashed into a guardrail on I-4 near Exit 31 in Lakeland, causing more than 1,100 gallons of fuel to spill onto the highway and sending the driver to Lakeland Regional Medical Center. Florida Highway Patrol reported that the accident was the result of the driver of the tanker falling asleep at the wheel. Truck drivers are often called upon to drive long hours with few breaks, making it more likely that they will become tired. The National Highway Traffic Safety Association reports that truck accidents are one of the leading causes of traffic accident fatalities, with one out of nine traffic accident deaths in 2008 occurring in crashes involving a large truck.

On July 1, 2013, the new federal restrictions on truck drivers’ total weekly hours on the road finally took effect. The rules were first proposed by the U.S. Department of Transportation’s Federal Motor Carrier Safety Administration (FMCSA) in December 2011 and are aimed at reducing truck driver fatigue and thereby increasing the safety of both the driver and other motorists on the road. The new rules include the following provisions:

The injuries that can result from truck accidents can be devastating or fatal. Our experienced St. Petersburg truck accident attorneys can help victims get compensation for their injuries.