The Dangers of Cars Being Struck by Commuter Trains 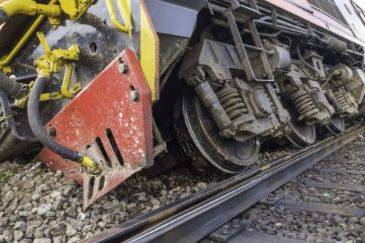 Accidents between commuter trains and motor vehicles can be fatal

In January, a 49-year-old man from Boca Raton was killed when his SUV was hit by the Tri-Rail commuter train. The SUV exited Interstate 95, drove past the railroad crossing gate and, for some unknown reason, stopped on the tracks. While there were no injuries to any of the more than 200 passengers on the train, the horrible accident did cause major delays for what is usually a short train ride.  The accident happened just weeks after Tri-Rail announced it had purchased 24 new, safer passenger cars. The new cars had several added safety features, such as areas in the front and rear cars that were made to crumple and absorb the force of impact, middle cars with newly designed tables that crush in an accident and new seating configurations.

How to avoid accidents at highway-railway crossings

Collisions between commuter trains and motor vehicles can cause serious injuries to passengers on the train and the occupants of the car. If you were injured in a train accident, you should consult with a certified and experienced St. Petersburg car accident lawyer.