Another Day, Another Sinkhole In Florida 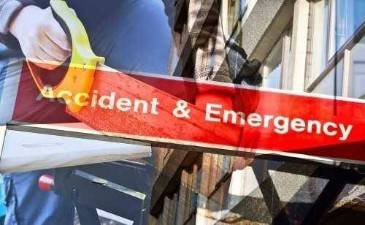 A vacation resort villa building in Clermont near Disney World was evacuated after a sinkhole caused it to partially collapse. The sinkhole was the latest in a long line of sinkhole incidents this year in Florida. The most tragic one occurred on February 28 when Jeff Bush, a 37-year-old from Seffner, was killed after a large sinkhole opened up under his bedroom, swallowing him into the ground. His body was never found, and his house and neighboring homes had to be demolished. While sinkholes have developed throughout Florida, more than two-thirds of sinkhole claims between 2006 and 2010 occurred in counties located near Tampa, including Pasco, Hernando and Hillsborough. Seffner is located in this area, which has been dubbed “Sinkhole Alley.” In that time, the number of total sinkhole claims more than doubled.

Florida is the Sinkhole State

The reason for the abundance of sinkholes in Florida has to do with both the state’s geology and weather. Sinkholes develop when the limestone-based foundation underground dissolves and shifts due to exposure to rainfall and acid groundwater, leaving voids and causing the surface land to cave in.

What Are Your Rights if you Are Injured as a Result of a Sinkhole?

Fortunately, all 105 guests in Clermont were safely evacuated before the building collapsed. There is no question that sinkholes present a serious danger, particularly when they develop in public places such as hotels, parks or shopping centers. Property owners have a duty under Florida law to maintain their land in a reasonably safe condition. If someone is injured as a result of a dangerous condition on someone’s property, there are several factors that will determine if the owners can be found liable:

While sinkholes seem to happen suddenly, in reality, they develop over time, and there are usually signs that should alert an owner that the property might be at risk. It is difficult to argue that a sinkhole developing in Florida was not foreseeable. If you are injured in a sinkhole accident, a St. Petersburg premises liability attorney can pursue compensation from the property owners on your behalf.